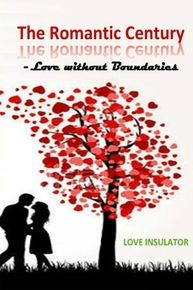 The novel is about a little girl having an ambition of being an international opera singer in the future, who had made a promise to herself in her childhood that she wouldn't make a boyfriend, engage in sexual activity, marry anyone else, and give birth to a baby since she watched a romantic drama, which depicted that a man cheated on his girlfriend, and the stereotype that men are all cheaters had therefore been formed in her mind despite she herself knew that it's not absolutely true, but she broke her promise of not making a boyfriend twice in her high school time as well as not engaging in sexual activity twice in college period, then something suddenly came to her mind that she should choose her childhood promise of not marrying anyone else over her second and last boyfriend, who she had been in a relationship with for about twelve years as of the time that she and her boyfriend was about to get married, so she asked the girl who her boyfriend had had an ultimate crush on in twelfth grade to substitute her as her boyfriend's bride as she didn't want him to be lonely for the rest of his life just because of her decision, however, they eventually got married to each other at an old age after his wife died of ovarian cancer when they unexpectedly met each other at a nursing home.

P.S. This novel includes a map and the photos as well as descriptions of all the characters mentioned in the book.

Ya-Hui "Amy" Escuro Huang, whose pen name is Love Insulator, was born in Kaohsiung City, Taiwan on August 24, 1995. Her father is a Taiwanese, while her mother is a Filipino, and her hometown in Taiwan is in Linbian Township, Pingtung County, while her hometown in the Philippines is in Nabua, Camarines Sur, Bicol Region. She took up bachelor of science in tourism management at Far Eastern University in Manila, Philippines and graduated with a Latin honor of cum laude. She enjoys singing, dancing, cooking, composing some philosophical quotes and poems, and writing short stories and novels as a freelance writer on Wattpad, and she has even joined several essay competitions when she was still schooling. She was at first inspired by her sixth-grade teacher, who is also a famous writer in Taiwan, and her hobby of writing and dream of becoming a famous writer worldwide in the future has therefore been developed since then.