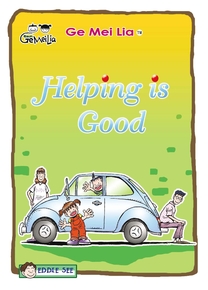 Lead by two characters named “Kokko” and “May” in every story.
To teach children in moral ethics through a relaxed method by incorporating comedic values, eventually conveying an educational message to children.
Kokko & May was introduced in 1997, it began its monthly publishing in 2003.
In 2009, the monthly sales exceeded 150 thousands which broke the sales record compared to any other mandarin- based comics in Malaysia.
Ge Mei Lia are well known to all local Malaysian Chinese mostly students and parents.
In the meantime, it successfully influenced young children more into reading books.