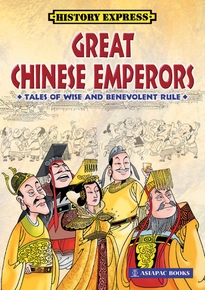 This book contains 27 inspiring stories of China’s most well-loved rulers. There were the Three Sage Kings and the Five Legendary Rulers who painstakingly laid the foundation for Chinese civilisation. They were followed by luminaries like Emperor Shihuang of the Qin Dynasty who first unified China, Emperor Taizong of the Tang Dynasty who brought unprecedented prosperity to the land, and Emperor Kangxi of the Qing Dynasty who contributed to the progress of the sciences. All these eminent emperors had one thing in common: their love for their people.