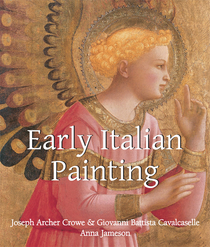 Oscillating between the majesty of the Greco-Byzantine tradition and the modernity predicted by Giotto, Early Italianlian Painting addresses the first important aesthetic movement that would lead to the Renaissance, the Italian Primitives. Trying new mediums and techniques, these revolutionary artists no lonGerman painted frescos on walls, but created the first mobile paintings on wooden panels. The faces of the figures were painted to shock the spectator in order to emphasise the divinity of the character being represented. The bright gold leafed backgrounds were used to highlight the godliness of the subject. The elegance of both line and colour were combined to reinforce specific symbolic choices. Ultimately the Early Italianlian artists wished to make the invisible visible. In this magnificent book, the authors emphasise the importance that the rivalry between the Sienese and Florentine schools played in the evolution of art history. The reader will discover how the sacred began to take a more human form through these forgotten masterworks, opening a discrete but definitive door through the use of anthropomorphism, a technique that would be cherished by the Renaissance.