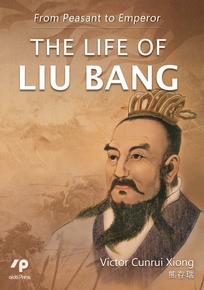 From Peasant to Emperor：The Life of Liu Bang

From Peasant to Emperor：The Life of Liu Bang

When Liu Bang, the eponymous protagonist of this novel, set out to conquer all under Heaven, he was already 47 years old. A medium-built, foul-mouthed peasant with a reputation as a ne’er-do-well, a womanizer, and a drunkard, who, though literate, never cared much about literature, he seemed to have a slim chance at success at a time when all the heroes in the realm contended for power and dominance. Against all odds, he defeated his rivals to found the Han dynasty, and quelled the numerous rebellions that challenged his rule.

A new historical legend to stand alongside Alexander the Great and Napoleon.--San Francisco Book Review

A deftly written and truly riveting work from beginning to end, Heavenly Khan: A Biography of Emperor Tang Taizong is an extraordinary and solidly entertaining story that reveals author Victor Cunrui Xiong to be an exceptional and impressive novelist of the first order. --Midwest Book Review