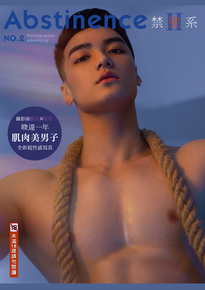 征征，來自東北的自由搏擊教練，從小在武術學校接受最嚴苛的訓練，意志力被磨礪的異常堅韌，品性又像軍人般淳樸正直，多年來身邊只有兄弟，沒有女人。但個性壓抑越久，内心深處越是積攢著欲望的火焰，一觸即發，勇往無前。
Zheng zheng, a free-fighting coach from northeast China, has received the most rigorous training in martial arts schools since his childhood. His willpower is extremely tough and his character is simple and honest like a soldier. For many years, he only had brothers around him, but no woman. But often the more repressed for a long time of personality, the heart of the more stored up the flames of desire, brave to no front, hair on the trigger.

Gene, A Chinese photographer, Has worked in the field of portrait photography for many years, And cooperated with many film and television economic companies. He has multiple identities such as model artist publicity photographer and singer music video director. Diverse shooting styles, Good at creating appropriate artistic images according to different subjects. Recently specializing in the field of male body photography, Cooperation with a number of online dish level male god, The release of the photo book is also a new attempt, Hoping to bring fans more visual feast.