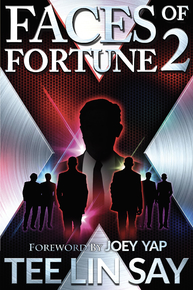 We don't need to go far to look for entrepreneurs with the X-Factor. Malaysia produces some of the best entrepreneurs in the world. In this book, we will tell you the rags -to-riches stories of 9 ordinary people who has no special privileges, and how they made it on their own.

Read about how these "X-Men" started from humble beginnings, found their niche, faced immense obstacles yet presevered, and as a result became successful.

We also read the faces of these X-Men.

According to the Chinese art of face reading, or Mian Xiang, a person’s face reveals what’s in the heart. Simply by looking at a person’s face, we can tell his character and destiny — if we have this knowledge.

In ancient times, the emperors used Mian Xiang to choose imperial officials, while masters of various artistic disciplines used it to pick their disciples.

In this book 1000 years later, Mian Xiang is again the tool used to analyse the potential of 9 of Malaysia’s X-men.

If we understand people and how they operate, well, apart from betting on their potential, we can learn how to capitalise on or assess a situation. This ultimately takes us on the path of least resistance towards happiness.