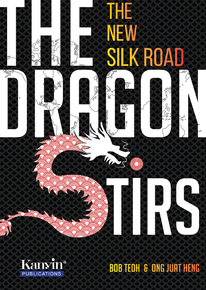 China is re-carving the ancient Silk Road with the grandest, most technologically advanced tools as her most ambitious project in history. Re-born as “Belt and Road Initiative”, this ginormous network of land and sea routes, including even an Arctic Ocean route, is touted as “the road map to the future”, a “visionary blueprint for global economic development in the new world order” and a host of other elaborate accolades.

As the Silk Road transformed the way international trade was done in ancient times, the Belt and Road Initiative provides the modern solution to spur global growth and development in the 21st century and beyond.

The Belt and Road Initiative will stretch from mainland China to Central Asia and on to Europe. The projects located along this expanse will prosper two thirds of the world’s population living in more than 60 countries across Asia, Europe, Africa and the Arctic.

Chapter 1
Who Is Xi?
The man with the iron soul

Chapter 2
The Dragon Awakens – China’s Globalisation 2.0
The most ambitious development project in the history of humanity

Chapter 5
Guanxi Economics
The Chinese way of getting things done

ONG JUAT HENG began her career as a reporter in
The Star in the early 1980s. Since then, she has worked as a consultant in a public relations firms; a journalist with a regional magazine; a copywriter in advertising agencies; a lecturer at a private college; and a communications executive in a national NGO, among
others.

Currently, she juggles her time as a contract and freelance writer, book editor, editor of a regional magazine and conducts Business English courses at corporate firms as well as teaches academic English.

"Bob Teoh is a writer. He holds an economics degree from University of Malaya and Masters in journalism from Ateneo University, Manila. He was previously the senior columnist of Sin Chew Daily and chief editor of its English news portal. He was also previously the secretary general of the Confederation of Asean
Journalists."